The mission of Hands4Uganda is to make a positive difference in the lives of the children and youth of Uganda by assisting them in achieving their highest potential through a faith-based education. As they grow and learn we aim to instill responsibility, compassion, and love, while providing ongoing economic and spiritual support.

We believe the Bible to be the inspired, authoritative Word of God.

We believe that there is one God, eternally existent in three persons: Father, Son, and the Holy Spirit.

We believe in the deity of our Lord Jesus Christ, in His virgin birth, in His sinless life, in His miracles, in His vicarious and atoning death through His shed blood, in His bodily resurrection, in His ascension to the right hand of the Father, and in His personal return in power and glory.

We believe that salvation is given through Christ alone and His atonement for our sins through His death and resurrection.  We do not merit salvation based on our own works or righteousness.

We believe in the spiritual unity of believers in our Lord Jesus Christ. 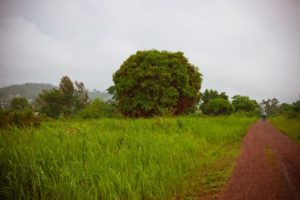 Tomanya - Lugandan for “You never know”- but God does. It was with this theme in mind that the Africa 2010 team made its way to Uganda. Not knowing exactly what to expect, anticipation and a little nervousness was evident on each of the jet lagged faces as the team landed at the Entebbe airport and made its way to Jinja, the second largest city in the country of Uganda. It was then that the adventure began.

Throughout the three weeks of outreach spent in the “Pearl of Africa” the team learned that Uganda isn’t just a place of geographical beauty lush in natural resources. It's a country overflowing with amazing people who genuinely love and live each day with a joy most have forgotten.

While in Uganda, the Africa 2010 team did a variety of outreaches including medical physicals for over 120 people, minor medical treatments and procedures, as well as teaching/maintenance at two schools (one of them, Rock of Ages Community School).

“We went to Uganda hoping to bless the people in need there,” said Ariane Drake. “What many of us came to find was that we were actually the ones being blessed through this ministry. I believe I can speak for the team when saying the Africa 2010 outreach was a life changing experience with a few life lessons learned in happiness, thankfulness, politeness, and the greatest of all - love.”

As a result of the Africa 2010 outreach, Hands4Uganda was established to expand opportunities and enhance the quality of life for Ugandan children, specifically in the village of Mbiko. 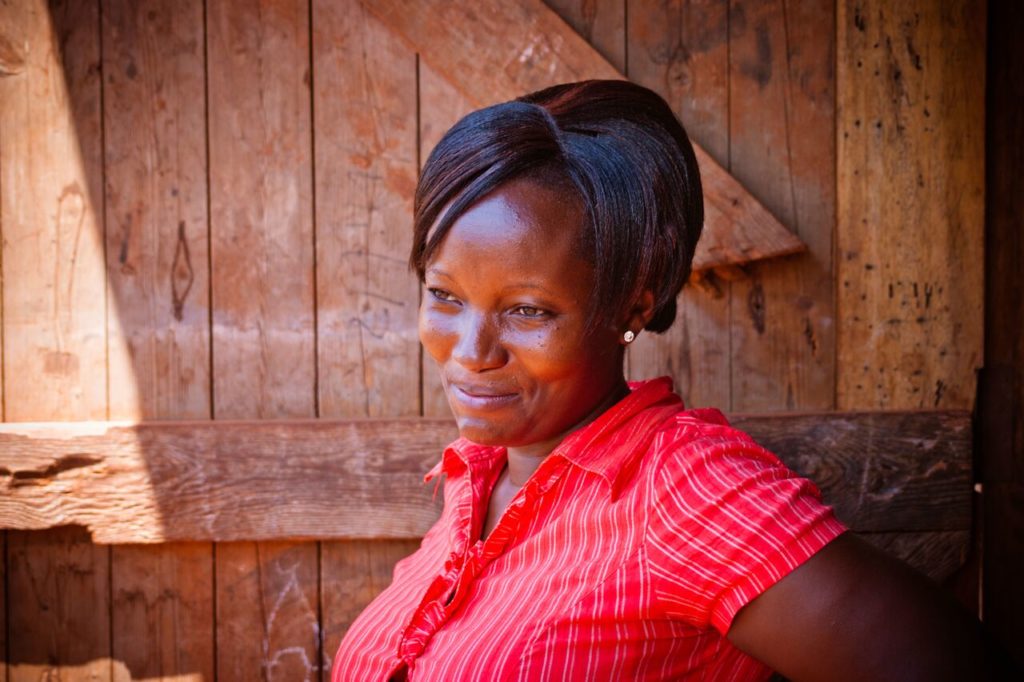 Betty Wasswa was born to a family near Mbiko and was given the gift of an education. She made it through college, receiving her degree in Higher Education. She soon realized her dream of returning to her home village, which is known for prostitution, and helping the children she knew would have no hope for receiving an education. She attended YWAM (Youth With A Mission) and received early childhood education training, making it possible for her to obtain her teaching credentials.

Betty was led to start Rock of Ages School Community School (ROA) because most of the children living in Mbiko are either without parents, their mothers are prostitutes, and/or their family has been overcome by crippling poverty. Betty embraced the great importance and urgency for the children of Mbiko to attend school and decided to offer a free education to as many as she could. Using the little money she and her husband had, she rented a small building and opened the unofficial school.

In 2010, when we first met Betty, she had nearly 50 students attending ROA. She explained to us with such passion, how she one day hoped to have an official school that could provide hundreds of children with the hope of a better future. She knew that education was the key to changing her village. It was because of this encounter that Hands4Uganda, Inc. (H4U) was established and recognized as an official 501c3 nearly a year later.

Betty is a phenomenal woman. She loves her students as if they are her own. She believes in them and that alone can do miracles in the life of a child who has no hope and often no support system. She believes that a free education brings hope to these children and gives them the opportunity to someday escape the stronghold of poverty that leads to so much despair within their village.

Ariane graduated from Westminster College, SLC, UT in 2016 with a B.S. in Public Health. And in 2021 complete her B.S. in Nursing with the hopes of providing healthcare to some of the most vulnerable populations at home and abroad. She now works as an RN in the emergency department of a level 1 trauma center in central Texas.

Ariane has always had a heart for international aid, holding her first fundraiser at the age of 10 for those affected by the Indian Ocean Tsunami of 2004. Upon her return with the Africa Mission Trip in 2010, she struggled deeply with her "comfortable life" having seen, first hand, the effects of true poverty. Believing that we each must be the change that we wish to see in the world, she decided to organize a group of other passionate individuals to help start what she saw as a grassroots movement- to fulfill the dream of a local Mbikoin who desperately wanted to be the change in her village by educating the children of Mbiko.

Ariane proudly served on the Board of Directors for Hands4Uganda for seven years and assumed the position of Program Development Manager in 2017. In 2020 she rejoined the Board of Directors and was voted as Board Chair. In her free time Ariane enjoys spending time with her husband, Jackson, trail running, skiing, and playing with her puppies Tikka and Loki.

Andrew has been a part of Upbring since 2015 and was promoted to Chief Education & Growth Officer for in 2020. Andrew Benscoter, Ed.D., oversees all Upbring education services and works to assess and develop additional growth opportunities.  Andrew has helped lead strategic program growth that resulted in a $36 million increase in Upbring’s operating revenue. He has directed the opening of 40 Upbring Head Start preschools, 2 private preschools, 11 Trinity Charter School locations and provided oversight, implementation and leadership for three Office of Refugee Relocation facilities. and two Residential Treatment facilities. His passion for education and for fulfilling our mission to break the cycle of child abuse is visible to all who meet him.

Before joining Upbring, Andrew served as the Principal of Redeemer Lutheran School in Austin, Texas and Principal of Shepherd of the Desert Lutheran School in Scottsdale, Arizona.  Andrew and his wife Sara live in Dallas Texas.  Sara, a cardiac intensive care nurse at Dallas Children’s Medical, live in Irving, Texas, where they enjoy spending their free time at home with their three adorable West Highland White Terriers, cycling and traveling to see family.

Mackenzie is married to David, and they’ve lived in Pocatello since 2009. Mackenzie works as a nuclear engineer for the Department of Energy, but is also an avid volunteer. While her volunteer experience is vast, her current focuses include functioning as the Director of the Gate City Food Pantry, a Girl Scout leader for daughters of incarcerated women, and co-leading a weekly Bible study group with her husband. She and David are currently in the proctor for becoming foster parents.

Mackenzie first went to Uganda on a mission trip through her church in 2014. She then led a team for her church in 2015. While neither group was explicitly associated with H4U, both included visits to ROA and as a result Mackenzie began sponsoring a student. Mackenzie and her husband both have a lot of passion for volunteering with marginalized youth, and really respect the mission of H4U to help these kids find a better path in life. She would like to thank everyone who supports the mission of this organization.

With over 10 years of experience in the corporate sector and another 15 years as an owner operator in a Family-Owned Service business; Doug’s hands on experience is vast. He was instrumental in the growth of a Christmas Light installation company from $0 to over $1M in annual revenue before exiting to branch out on his own. He is now leveraging his experiences in business currently as an owner in 4 different businesses while also working part time for Intuit as a Senior Associate Bookkeeper. His accomplishments have allowed him to now spend time with his family as well as volunteer with several organizations to donate time to others. His current efforts are on cleaning up and managing books in the Small Business Sector.

Doug is definitely an entrepreneur at heart dating back to early school years where he and his twin brother used to sell popular candy out of his school locker. He brings a unique perspective to small businesses and has actually never fully completed any formal education or received a college degree. Now holding Professional Certifications in Bookkeeping his focus is on understanding costs, income, & everything else that goes into a good business model.  He resides in Coppell, TX with his wife Amber, daughter Hannah age 12, & son Noah age 10.

In his free time Doug loves spending time in the outdoors. He is an assistant coach for his son’s soccer as well as assistant Cubmaster for Cub Scouts. He loves fishing in the mountains and along the coast with his friends & family.

Adam grew up in a small town on Vancouver Island on the west coast of Canada. After high school he spent four years living in different countries in Africa, Asia, Australia, and Europe. This extensive travel gave him insight into different cultures and a deep understanding of hardship through his personal experiences in developing countries.

At twenty-two he moved to central Canada and started a construction company and had an exit six years later. In 2016 he moved to Texas and started a manufacturing company in the door and window industry. He holds multiple US patents for his product inventions that the company builds and sells across the southern US.

Adam made his first trip to Uganda with H4U in the summer of 2022 and joined the board of directors later that year. His passion for the Rock of Ages School and the H4U vision is obvious to those around him.

Adam and his wife Kara live in Central Texas with their three children. Kara is an emergency medicine physician at a Level 1 trauma center and is an assistant clerkship director. They enjoy being active with their kids and traveling as much as their busy schedules allow.

When her daughter returned from a mission trip at age 16 and struggled with extreme “culture shock”, Tamera encouraged her to follow her dream and “to be the change that she wanted to see in the world”.  As a volunteer for the organization that was born out of that encouragement, Tamera is honored to have helped with fundraising, donor correspondence and other projects and is now excited to continue her volunteer role as the Hands4Uganda Secondary Sponsorship Program Coordinator.

Previously, Tamera led a successful career in high-tech marketing communications.  She holds a Bachelor of Business Administration with dual majors in Marketing and in Management and Organizational Leadership.

She has sponsored children through various organizations for over 25 years. She visited her H4U sponsored child in 2016 and highly recommends the experience.

"For I know the plans I have for you,” declares the Lord, “plans to prosper you and not to harm you, plans to give you hope and a future." 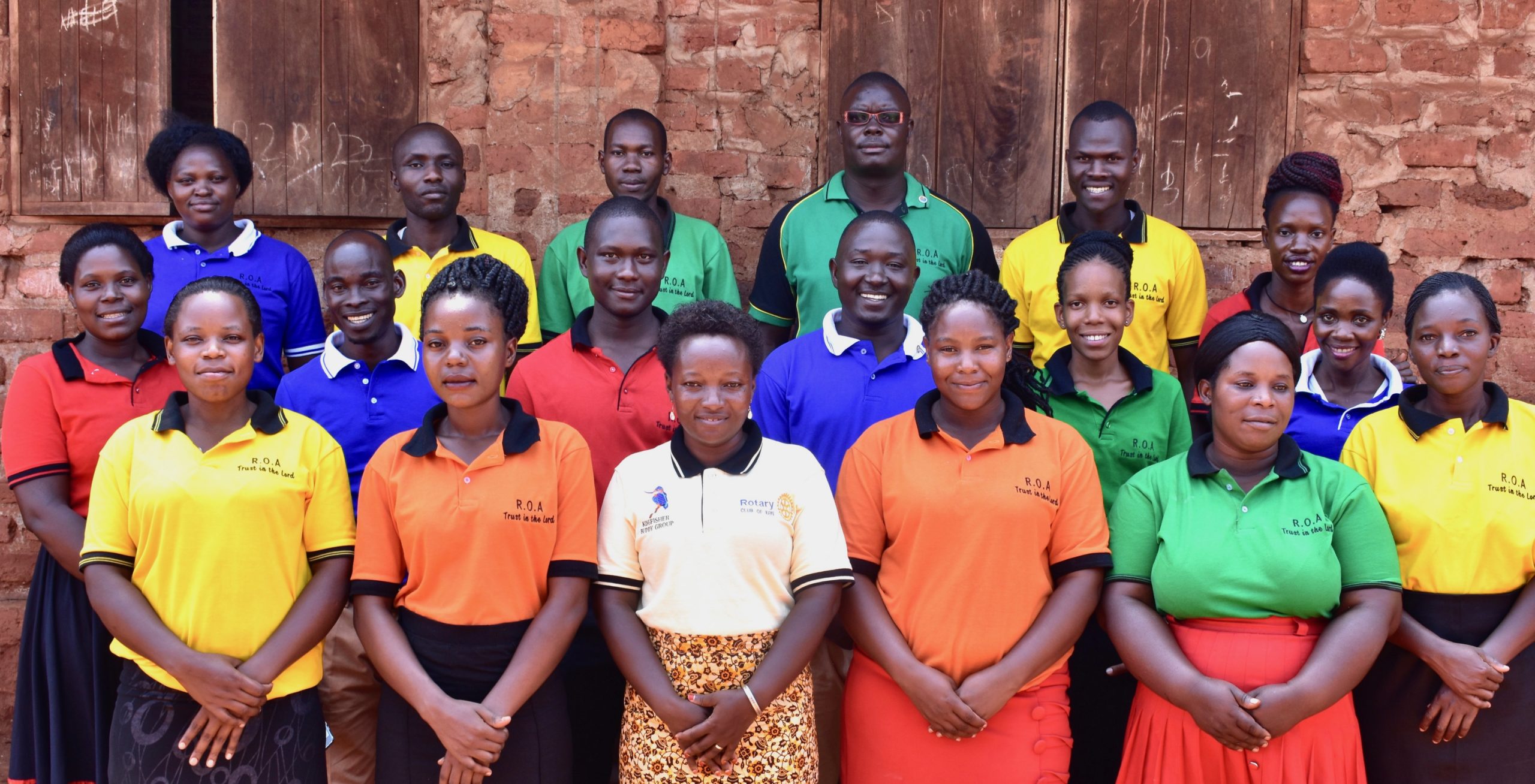 Do you have further questions about sponsoring a child or making a donation? Would you like to share H4U with your church group? Are you looking for other ways to be involved in our organization? Contact us and we will do our best to help you!