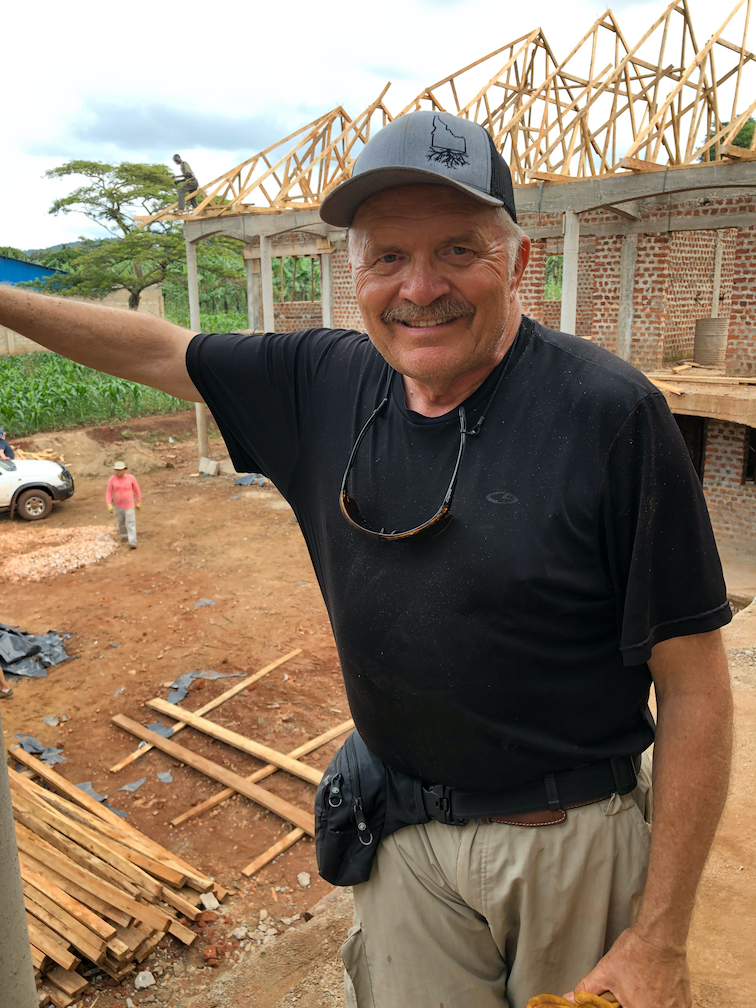 A successful educational director ventures on an unexpected life-changing journey, not once but twice.

When Gabe Flicker, now retired director of a Grace Lutheran School in Pocatello, ID attended an informational meeting about a short-term mission trip as a favor for a friend, he never imagined he would walk away saying, “We’re going to Uganda!”

What do I have to offer? What are we going to do?  How can I possibly make a difference? As an outstanding principal, he was encouraged to go and teach tuition systems, hiring procedures, curriculums……all helpful skills to share in establishing a successful school program. But, could he really make an impact?  Again, and again he questioned whether he had made the right decision to not only join, but to help bring together the team of 24 that would head to Uganda in the summer of 2010.

When he first met Betty, founder of Rock of Ages Community School (ROA), Gabe determined pretty quickly that she was the real deal.  Having a lifelong dream to open her own school for poverty-stricken children, Betty had it figured out.  “I was very impressed and I determined early on that my school administration stuff was actually a deficit to share with her, because it’s so different there,” said Gabe. “I didn’t understand doing a hot lunch program when you can only have one food item to serve, I didn’t understand how to do a curriculum when the students didn’t even have pencils”. He went on to confirm that in all the trips he’s made to Uganda he has not done a single school administrative task. “God was really messing with me,” he finished.

It’s difficult to have a plan, a plan to travel half way around the world to share skills it took a life time to gain, to think you are really going to make a difference in your area of professional expertise,

and then to find yourself seemingly unwise in all of its aspects.  But it’s those who accept this realization, that are able to open their hearts and to create the greatest impact on both those who join the mission and those who are the recipients of the mission’s work.  “It was in that difficult moment that I discovered just what it was that God had called me to do,” Gabe announced.

In addition to being an expert administrator, Gabe came to realize that he is also an outstanding influencer. “I am pretty good at getting others to do stuff,” he shared.  It was his ability to bring 24 other individuals together for that first trip to Uganda that set the stage for the beginnings of Hands4Uganda. And in 2019 Gabe co-led a men’s mission team of 16 to Uganda stating, “It was really one of the most significant things I have ever done in my life in terms of making a difference for other people and not just for the Ugandans but maybe even for a few of the American men that went along.”

While in Uganda, Gabe discovered another skill that he is a bit more modest in sharing but that is well-worth the mention.  He travelled to Uganda armed with all the necessities, a few changes of clothes, some bug spray, toiletries, and of course a camera. Intending to capture a few great memories, Gabe carried the camera with him each day.  He snapped a few shots here and there, having no clue that God was using him to produce photographs that would touch others enough to create a significant impact on Hands4Uganda. “The whole idea of using my camera for that purpose is something I had never considered,” Gabe said humbly.  “But here I was, once again realizing that no matter the experience or skill level, God has use and plans for you.”

To sum it all up, Gabe stressed that if you have a desire to go on a mission trip, God will get you there.  And whether you think you know the reason you are going or not, God will reveal the reason so be open to listening to that and then moving that direction.  God’s going to mess with you!  Don’t resist it!